I wonder how many people believe that newspapers sin against the simple pleasure of morning tea by devoting space to pessimistically exaggerated analyses of seemingly unexceptional statistics.

Of late, an Indian Express opinion column by Seema Jayachandran attempted to drive home through cold hard numbers the conventional knowledge about the grievously skewed gender ration in India. Of course India can boast of 63 million “missing” females. Of course this figure is accompanied by that of 21 million “unwanted” women. Concerning as these iterations of the unfortunate consequences of patriarchy are, the surprise that the data generates never fails to amuse me. It is not as though we needed the people at the Economic Survey to tell us that female foeticide is rampant as ever in Punjab and Haryana. That married twosomes turn into progeny-producing factories in their quest for a male child is unsurprising to anyone who has ever seen the underbelly of India. If anything, given the laws preventing gendered abortions, the plainness of the tactic is painfully obvious.

And so, even though I am not a tea-drinker, and I was only re-reading old newspapers, an explication of how the “preference for male children in India is affecting the health and well-being of its women” did take away from the delectation of my weekend morning indulgence.

However, it did get me thinking.

The only way anyone can afford to be apathetic to the reality of the gendered disparity in population is if their lives daily lives were unaffected by it. At first instance, that sounds theoretically impossible: the fodder we are fed—of men and women being two halves that complement each other in all spheres of life—makes the notion of imperviousness too absurd to entertain. Yet, reality beckons differently.

The incumbent Lok Sabha has the largest representation of women in the history of independent India. Despite that, of the 543 elected members, only 62 are women—a mere 11 per cent. Of the portfolios in the Union Cabinet, only four are occupied by women. The condition of the Executive isn’t much better; Scroll once carried an article claiming that “since 1974, India’s steel frame has only incorporated 687 women as compared to more than 3000 men.” In both policy formulation and implementation, women play a marginal role. I don’t even need to cite statistics to substantiate the pity that is the number of women in senior management positions.

The realisation of the limited public role of women takes away from the shock generated by the indifference that statistics of the aforementioned kind garner. As long as their own son finds a suitable match, no parent stops to consider the distress caused to Haryanvi and Punjabi boys of marriageable age by decades of female foeticide—of which they might be equally guilty. In the tradition of commodification of women, there is no social “need” for women; instead, females become items about which a family is concerned only insofar as it serves their individual egotistical interest. Outside of that private sphere, the currency held by the female position, or the lack thereof, is endlessly looped with, and complemented by the dearth of its public existence. 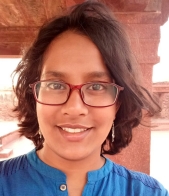 Suvanshkriti is a nerd and a geek, and a dork enough to educate you on the
difference between the two. She alternates between despairing for the fate
of the world and debating solutions to all its problems; she’s part
pessimist, part romantic, and all goof.

The opinions expressed here are those of the authors. They may or may not reflect the view of Reboot. We also do not take responsibility if the author plagiarizes content. While we have strict rules about lifting other people's work, the author will be solely responsible and answerable in case any of the writing is found to be plagiarized.
Loading Comments...
Comment
×
%d bloggers like this: